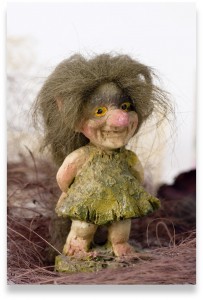 Bloomberg and other sources are reporting that UC and a firm described in the news media – particularly news media sympathetic to the high-tech sector – as a patent troll have lost an appeal concerning an internet patent.  On the other side of the appeal were Amazon and Google.  In an earlier trial in a lower court, the patent was invalidated.  Yahoo and J.C. Penney were also involved in the lower court case.

[“Patent trolls” are companies that acquire patents – particularly patents that seem to involve a broad range of activities – and then sue firms that use the alleged patented idea.  The Obama administration – with support from Silicon Valley – has been trying to curb patent trolls and recent issued. Poke around the web searching for Obama and patent trolls and you will get articles such as http://www.washingtonpost.com/blogs/innovations/wp/2013/06/18/why-silicon-valley-likes-obamas-patent-troll-offensive/ and probably find the relevant White House media release.  If not, the release is at http://www.whitehouse.gov/the-press-office/2013/06/04/fact-sheet-white-house-task-force-high-tech-patent-issues.]

One version of how UC has a claim and a partnership with the firm pursuing lawsuits related to this particular patent is at http://www.wired.com/threatlevel/2012/02/patent-troll-trial/. The Bloomberg story mentioned at the outset of this posting is at http://www.bloomberg.com/news/2013-07-22/google-amazon-com-win-appeal-to-toss-internet-patents.html.

As earlier posts have noted, UCLA is forming an entity called “NEWCO” – now approved by the Regents – to pursue revenue that can be derived from technology originating at the university.  So one suspects there will be litigation in the future, particularly in the area of technology and medicine, over who owns the rights to what.  Nonetheless, trolls have never been popular: