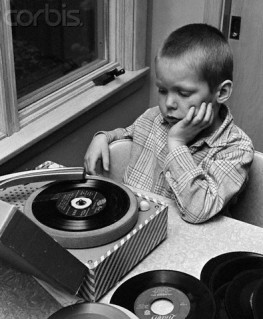 We continue to provide alternative audio archiving of Regents meetings due to the regental policy of maintaining archives for only one year.  As noted in the earlier post of the morning session, you can find this policy at http://regents.universityofcalifornia.edu/regmeet/videos.html.  The statement there reads:

Video Archives of Regents Meetings: 2013
Video files for past open session meetings of The University of California Regents and its Committees are available for one year after the dates of the meetings.

During the public comment period, various speakers opposed the appointment, most based on Napolitano’s administering of immigration laws as Secretary of Homeland Security.  Bob Meister, president of the Council of UC Faculty Associations, expressed concerns about national surveillance at UC.  [Editorial hint from yours truly, Bob.  It was not all that clear – given that this was a public forum – what you were saying.  You said literally that Napolitano was ideal to deal with preventing surveillance of UC which I suppose was a subtle way – too subtle for this kind of forum – to express a concern that she would in fact go along with excessive surveillance.  I should note that the UCLA Faculty Assn. is not currently a member of the Council of UC Faculty Associations.] There were demonstrations during the meeting by individuals opposed to the appointment and at one point the room was cleared.  News reports indicate some arrests were made.

A compensation package was approved with a base salary of $570,000 about 4% below current UC president Yudof’s salary.  Also included were benefits, a 25% one-time bonus for moving costs, other moving expenses, a UC house, and a car allowance of about $8,900.  It was said this package would take effect Sept. 30, 2013 so presumably that is the date in which she will take office.
In the final vote, the student regent voted against the appointment.  The other votes were positive.  Various regents including the lieutenant governor spoke in favor of the appointment.
Napolitano, after the vote, was introduced and said that as governor of Arizona she was involved in and fostered higher ed in her state and that she would, as UC president, be a good listener.   She mentioned the DREAM policies of the Obama administration. However, she did not back off from the administration’s immigration policy and in fact said that until she stepped down from her current position at DHS in September, she would be fully engaged in its management.
Since the pay package was said to begin on Sept. 30, there is some ambiguity as to when Napolitano will officially be on the job at UC.  The next Regents meeting is in mid-September (Sept. 17-19) and president Yudof steps down at the end of August.

A news report on the demonstrations can be found at:
http://blogs.sacbee.com/capitolalertlatest/2013/07/immigration-activists-oppose-napolitano-for-uc.html

You can hear the meeting at the link below: